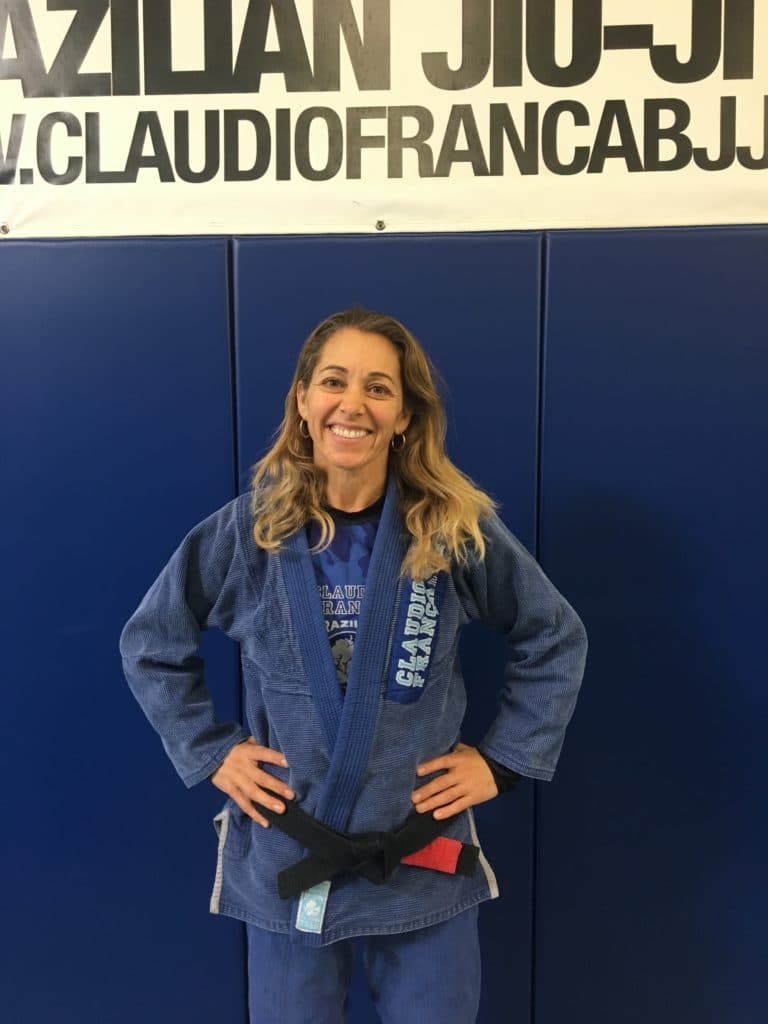 Chris began her training with Claudio Franca in 2003 after a friend from High School suggested she might like this sport called “jiu-jitsu”, in order to empower herself and help in self-defense.  2 days later, Chris attended the women’s class for the first time and instantly knew she had found a new passion.  She started competing 3 months later and found herself loving sport jiu-jitsu because of the challenge, commitment and heart it took to compete.  She competed in as many tournaments as possible, medaling in many of these competitions including, in recent past, receiving silver as a brown belt at World Master’s 2013, 2016, Pan America 2016, and as a black belt at World Master’s 2019.  Chris is known for her smash passes and cross-face lockdowns, tough defensive positioning, creative submissions from body mechanics, and walking handstands.

Chris is dedicated to maintaining the integrity of the sport, teaching the traditional fundamentals and giving attention to technical details.  She creates a mutual respect with her students on and off the mat, while pushing them to improve their core strength through challenging warm-ups and drills. An avid supporter of women in the sport, Chris promotes participation and continuation of the women in the dojo. She taught the women’s competition class and eventually opened it up for all competitors. Now, on Sunday mornings, you’ll see Chris teaching the standup fundamentals class and supporting students getting ready for competitions.  As a teacher, one of her favorite moments is to see a student’s dedication and practice lead to achieving a technique or position that hadn’t been possible for them before.

In her time off the mat, Chris has her own private practice psychotherapy business, she spends time with her family, and volunteers with the Red Cross Disaster Services team.

“Everything you’ve ever wanted is on the other side of fear.”  – George Addair