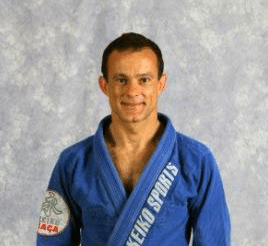 Claudio França pioneered the teaching of BJJ in Santa Cruz, California – coming to us from Rio de Janeiro, Brazil, in 1995. He has studied BJJ since the age of seven and holds a 6th degree Black Belt from Master Francisco Mansor, who is a 9th degree red belt certified by the Confederation of Brazilian Jiu-Jitsu in Rio de Janeiro. Professor França also holds a black belt in Judo from Gama Filho University in Rio de Janeiro.

Professor França has more than 30 years experience teaching and competing in BJJ. He took a Silver Medal in the 2001 Mundials (World Championships), in Rio de Janeiro, and was a two-time Pan-American Middleweight Champion (’97, ’98), four-time Lightweight Brazilian Champion, and three-time Lightweight State Champion.

Claudio has coached several students who have won in the Mundials and Pan Americas. Since 1995, Master França has hosted one of the most lauded international Brazilian Jiu-Jitsu tournaments in the country, the U.S. Open Brazilian Jiu-Jitsu Tournament. With that, along with the other 5 tournaments of the BJJ tour, Claudio is helping the world of Brazilian Jiu-Jitsu Tournaments grow. When he is not working on his tournament business or running his schools with his partners and his wife, his hobbies include surfing, watching sports, swimming, and yoga. Claudio resides in Aptos with his wife and two children. He enjoys spending his time traveling with his multilingual family especially on their trips to Brazil where they spend time with their Brazilian family and friends. 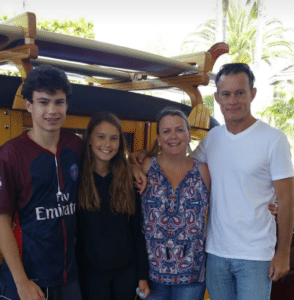