I teach kids and adults at both the Santa Cruz and San Jose locations. I am head kids instructor in Santa Cruz. I am focused on motivating and preparing the competition team. 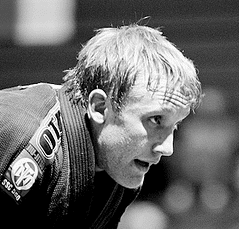 3 Things I can’t live without:

Favorite Place in the World:  Tokyo, Japan. Whenever I’m there it feels like nothing can bring me down! Such an amazing urban jungle that you can explore as much as you want without any fear because it is so safe there!

What I love about the martial arts:  With jiu-jitsu specifically, I love that in general (of course there are exceptions) both on the mat and in competition there is such an amazing camaraderie between practitioners of the art and sport. Even though we try our hardest to submit each other in sparring or in competition, we are all friends as soon as the match is over, unified by a shared love for Jiu-Jitsu! This extends from your local academy all the way up to the highest level of competition!

Favorite Moment Working With a Student:  A few years back I was coaching at a tournament and saw from the opposite side of the gym one of my young students, Duma (who was probably 7 or 8 at the time) entering the mat area. I rushed over to try and get there before his match was over but by the time I got there the ref was already raising his hand. “What happened?” I asked as he left the mat. “How did you win?” I meant for him to tell me which submission he had used as the match had obviously not gone the entire match length and thus he must have won by some sort of submission. Instead he answered, “I don’t know. I think I used my brain”. I laughed so hard but was also so proud in that moment because even at that young age he had recognized that it was technique, strategy and intelligence that is most important in the martial arts! Oss!