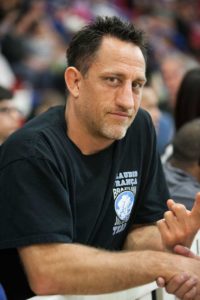 Erik Benaquisto is originally from Santa Cruz and currently resides in San Jose. He began practicing BJJ at the Claudio Franca Academy in Santa Cruz in 1999, and is now a black belt and co-owner of the Claudio Franca San Jose Academy. He makes every attempt to train daily and compete at local tournaments; and, when he is not training, watching or thinking about Jiu Jitsu, he enjoys spending time with his wife and children.