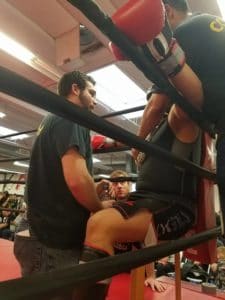 Saul has over 10 years of experience teaching martial arts and has been teaching at our Watsonville location since 2013. Saul started his martial arts career with Taekwondo when he was 6 years old and encourages all parents to enroll their children in martial arts at a young age. Saul was ranked #1 in his weight and black belt rank division from 2006-2009 and was the Hawaii State Taekwondo Champion 3 years in a row. In 2008 he placed 5th at the Taekwondo Nationals in Detroit, Michigan. In 2012, he received his 2nd degree black belt in Taekwondo. Saul started branching out into other martial arts in 2009 which included, kickboxing, Brazilian Jiu-Jitsu, Muay Thai, Boxing, Wrestling, Judo, & MMA. Saul currently is a 3rd degree blue belt in Brazilian Jiu-Jitsu. He received his Kickboxing black belt under Francis Farley in 2014.

When not teaching at either our Santa Cruz or Watsonville locations, Saul is a Realtor® at Keller Williams Realty, Santa Cruz. So, you can feel confident asking him about both roundhouses and round houses. He enjoys spending time with his girlfriend, Chai, who also is an accomplished marital artist. They enjoy spending time at the beach or hiking together. Just being outdoors and actively exploring nature and all that Santa Cruz offers its residents. 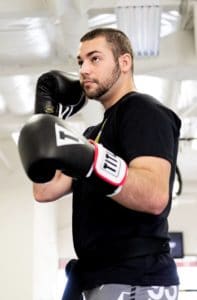 “My favorite thing about martial arts is that it provides an outlet for so many different types of people. If you’re dealing with anything outside of the dojo, once training starts you get an hour or hour and a half to forget about everything. It’s hard to think about anything else when someone is trying to punch you or choke you. It’s like a forced meditation where you can only think about the present.”

“I’ve worked with a lot of students over the years, but my favorite moments are the times when parents bring their child in for the first time because they are getting bullied in school and they want their child to know how to defend themselves. My favorite conversation with those parents happens a few months after they start training when the parent tells me their son/daughter is no longer getting bullied, not because there was a physical confrontation but because they are carrying themselves with more confidence and are no longer an easy target for their bully.” 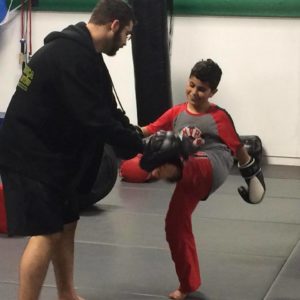 “I have 3 favorite quotes. First is a Chinese proverb: “Fall down 7 times, stand up 8.” perseverance is such an important part of martial arts and life. You’re going to fail and the most important thing you can do is get back up. Second is a quote from mixed martial artist, Bas Rutten, “If you’re going to kick, kick good”. You will hear me say this all the time. It doesn’t just pertain to kicks, but if you’re going to do anything put some effort into it or else, what’s the point. And lastly, “All martial artists are beginners, some have just been beginning for longer.” We all have something to learn or practice, there is no finish line in martial arts, there is always something more to learn.”